We're currently hosting client sites on a Rackspace server and using their Load Balancer feature as a way to terminate SSL and not have to have multisite certificates.

We only attach one node to the Load Balancer so we're paying for more than we're using.  My proof of concept is to use Nginx to terminate SSL certificates and proxy to the Apache server.  This will save us £ 225 per load balancer, and since we're using ten of them that's quite a significant saving.

My first step was to spin up a free tier EC2 instance running Ubuntu 14.04 LTS.  I guess you can replace this with your favourite cloud or on-the-metal server.

Then I installed my packages. These are the ones I remember so YMMV.


My network diagram is slightly different from the picture for this post in that the web server is hosted on the same machine as the proxy.

I decided to run Apache on port 8000 and listen only to connections from localhost. Nginx would listen on port 80 and forward requests to Apache. I decided to let Nginx serve static content because it's pretty quick at doing so and this saves Apache from being overwhelmed by requests.

Then I created two virtual hosts to test with.  Here's a sample:


I made a simple index.php file in two new directories /var/www/dummy1 and /var/www/dummy3 which just output two server variables for me to test with. I also copied an image file into those directories so that I could check how static assets would be served.

I decided to use self-signed certificates for testing and reserve dummy2 for a trial run of a free ssl certificate.  There are quite a few certificate signers who will give you a 30 day certificate to trial.

I created an /etc/nginx/ssl directory because for some reason I don't like to contaminate my conf.d directory and made subdirectories for my sites under that.

I created self-signed certificates (commands are at the top of my host file) and set up the vhosts like this:

Now when I hit a static file on HTTP or HTTPS then Nginx serves it up directly. Inspecting the response headers with your favourite browsers debug tool will confirm that images are served by Nginx. Visiting the index file shows that it's loading the correct one and is being handled by Apache. Lastly, checking the certificate will show you that each site is using its own certificate.

That has the potential of saving my company £ 2200, which is a happy thing to be able to do in your first week while your boss is watching :)
at 13 July No comments: 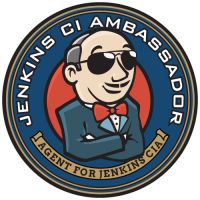 Jenkins is pretty easy to secure with the help of some useful plugins.

The first that I suggest using is an oAuth provider.  Our repositories are hosted on Bitbucket so I'm using their oAuth, but there is also a Github oAuth plugin.  The instructions to set up the plugin are very clear (see the plugin page).

When you're configuring your Jenkins to use the oAuth security remember to leave the Authorization setting to "logged in users can do anything" for now.  We'll change this later, but we don't want to get locked out of Jenkins when we apply the security settings.

Add a new group called "Anonymous" and uncheck everything.

When a user logs into the oAuth they'll be given a message by Jenkins saying that they don't have any permissions.  This means that not everybody with a Bitbucket account can access your site so thats a good thing.

You just need to add them to the roles plugin settings.  Click Manage Jenkins then Manage and Assign Roles.  Click on assign roles and add the user.  Then tick the boxes of the roles you want to assign them.

Checking the SSL certificates for a list of domains 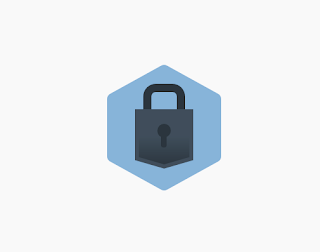 We have a number of domains that are secured by SSL and need to be able to automate checks for certificate validity and expiry.

Luckily there is a script to do exactly this.  On Ubuntu you can apt-get-install ssl-cert-check but there are copies of the script online in case your distro doesn't have it as a package.

Create a file with a list of the domains you want to check and the port to check on.  It should look something like this:

You can then run ssl-cert-check -f domainlist.txt to get the tool to run through it and display to console the status and expiry date of the domains you provided.

Using the options shown in the help page for the script lets you use the script to send an email to you if a certificate is going to expire soon.

If you get a message about a missing mail binary you'll spot that in the script (line 243) it looks in a variety of locations for a file called mail or mailx.  An appropriate binary in Ubuntu is contained in the heirloom-mailx package so installing that will solve your problem.
at 10 July No comments: