Why am I so late on the Bitcoin train?

I've been somewhat of a Bitcoin sceptic for quite some time.  When it first became a thing I was worried that governments would legislate it out of existence.

It has had a pretty bad rap of being associated with the dark web and it is definitely the choice of currency for malware authors.

In its normal usage Bitcoin is more transparent than cash.  If I give you a cash note there is no permanent record of the transaction and the tax man can't get a sniff into our business.

Governments hate transactions they can't tax or police and so in the beginning there was a concern that Bitcoin would be outlawed.

In contrast to cash, if I transfer you Bitcoin then there is a record of the transaction that anybody in the world can inspect.  It's possible to trace the coins in your Bitcoin wallet back through the various people who owned them.  Anybody in the world can watch the contents of your wallet and see where you spend your money.

This is exactly the sort of thing that governments love.

Of course not everybody wants to share their transactions with the world and so there are Bitcoin laundering services that attempt to anonymise the coins in your wallet.  This puts us back to square one with Bitcoin being very convenient for criminals to use in order to evade financial intelligence controls.

I suspect that the process of banning Bitcoin transactions would impinge too much on the freedom of citizens.  Some governments are talking about banning cryptography in order to maintain surveillance on their citizens so it's not a stretch to imagine them being displeased with Bitcoin laundering services.  *sigh*.

Anyway, back to my killer app for Bitcoin... I've recently emigrated and am still paying debt in South Africa.  Sending money back to South Africa costs about £30 and takes 2-4 days if I use the banking system.  If I use Bitcoin the process costs around £ 3 and I can have the money in my South African bank account on the very same day.

Bitcoin costs one tenth the price of using banks and is at least twice as fast.

My transaction is not at all anonymous and a government can trace the funds to me on either end of the transaction where copies of my passport are stored with the exchanges.  If I wanted to hide this from thieves, the government, spear-phishers, and other people who want to take my money without giving anything in return then I would use a Bitcoin laundry service.
at 28 June No comments:

Email ThisBlogThis!Share to TwitterShare to FacebookShare to Pinterest
Labels: bitcoin

BOINC is a program curated by the University of Berkeley that allows people around the world to contribute to science projects.

It works by using spare cycles from your computer to perform calculations that help do things like folding proteins to find candidates for cancer treatment, mapping the milky way galaxy, searching for pulsar stars, and improving our understanding of climate change and its effects.

It runs as a background process and is easily configured to only run in certain conditions - like when you haven't used your computer for 10 minutes for example.

It comes with a nifty GUI manager and for most people using it on their desktop this post is not going to be at all relevant.  This post deals with the case where a person is running it on a server without the GUI manager.

Anyway, the easiest solution I found to restarting BOINC on a headless server was to use supervisord.  It's pretty much the "go to" tool for simple process management and adding the BOINC program was as easy as would be expected:

Here's the program definition from my /etc/supervisord.conf file:


I use a script to restart BOINC because I want to make sure that I get reconnected to my account manager in case something goes wrong.


If BOINC crashes it will automatically get restarted and reconnected to my account manager.  This means I don't need to monitor that process on all the servers I install it on.
at 10 June No comments:

Associating Vagrant 1.7.2 with an existing VM 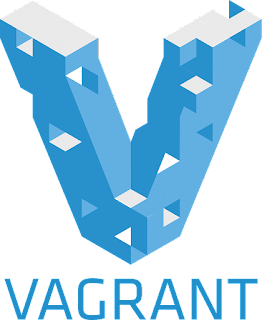 My Vagrant 1.7.2 machine bugged out and when I tried to `vagrant up` it spawned a new box instead of bringing up my existing machine.

Naturally this was a problem because I had made some manual changes to the config that I hadn't had a chance to persist to my puppet config files yet.

To fix the problem I found used the command `VBoxManage list vms` in the directory where my Vagrantfile is.  This provided me a list of the machine images it could find.

I then went and edited the file at .vagrant/machines/default/virtualbox/id and replaced the UUID that was in there with the one that the VBoxManage command had output.

Now when I run 'vagrant up' it spins up the correct VM.  Happy days.
at 01 June No comments: