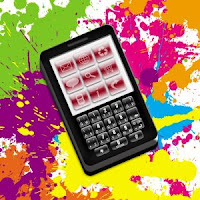 I've been working on a gateway system that will help a WASP to accept MMS requests and pass them on to the network for delivery to a mobile handset. For some reason the original designers of the gateway decided not to allow service consumers the ability to upload SMIL directly. Rather, an XML is POSTed to a webservice. The XML is then parsed into SMIL and handed to the network provider in a nice SOAP wrapper.

Why is this a problem? Well it means that only the gateway only supports a subset of SMIL. So in order to make a slide look the way that our client wants it to look we have to modify the gateway code to allow text colours and backgrounds to change.

Another problem I've had is that there seem to be very few SMIL tutorials online. When I'm learning a new language I usually pick up what I need by asking Google. Unfortunately even the mighty search engine draws a blank, provides hopelessly outdated pages, or documents like the technical specifications which I don't have time to wade through.

One useful SMIL tutorial I found was the one provided by the folks who bring you Real player. They were one of the early adopters of SMIL technology and seem to be fairly heavily invested in providing Real Player for the mobile market. Their SMIL tutorial is at least up to date, easy to read, and transfer well to open source development. Of course their player is proprietary and so isn't supported by Ambulant player (an open source SMIL 3.0 compliant player).

The MMS gateway that I'm working on was written in C# about a year and a half ago (I'm guessing). The SMIL code it produces is definitely version 1.0, which wasn't even a full W3C standard. It was only since the release of SMIL 2.0 that it has become a recommendation, which has now been superceded by SMIL 3.0. I found a useful summary of changes between two of these versions (here), but can't find a cheat sheet for version 3.0. As soon as I do I will update this post with it.

I worked out that although the gateway is sending a version 2.0 header it is parsing incoming XML into version 1.0 tags. Instead of properly parsing the incoming color parameters it had a hardcoded value setting all slides to black and white. Since the project is due immediately I decided to rather "cheat" instead of fixing the gateway to parse correctly. I wrote a small PHP image editing class that simply writes whatever text I send it on top of a background image. I then base64_encode the image and send that as normal jpeg image content in my slide. This worked first time.

SMIL defaults the and areas to a uniform black, while regions and subregions are set to be transparent. To change the background colour in SMIL 2.0 you set the backgroundColor attribute (in SMIL 1.0 you would use background-color ).
at 05 March